Pop quiz: which clinical mental disorder has the highest mortality rate? It’s not bipolar disorder. It’s not schizophrenia. Rather, it’s that heady place where out-of-whack brain chemicals meets up with out-of-whack societal beauty standards and renders a person incapable of eating enough to maintain their physical existence: anorexia nervosa.

Everyone knows that anorexia is horrible-tragic-shocking, but one thing it does have going for it – it is VERY visible.

Do you have any doubt that this person (who is in their 20s, by the way) has a problem? 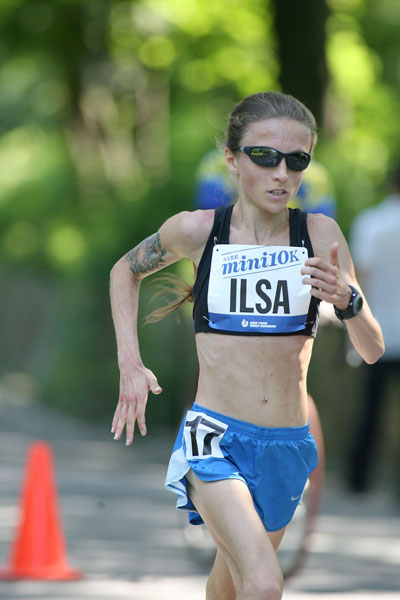 That’s Ilsa Paulson, who looked pretty normal in high school, only to turn pro after college and got lean. Really, really lean.

On the other hand, how about this person? 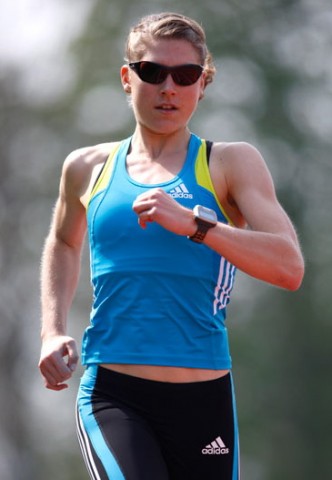 Yep. That’s Hollie Avil, who retired from triathlon at age 23 because of trauma from eating disorders, depression, and general breakdown.

That’s the rub – in a strange and bizarre way, anorexia is easier to spot and therefore intervene. I’m not saying that such interventions are successful – there’s a good reason why those mortality rates are NOT falling – but for some sufferers who have hope of recovery, it can make a critical difference to hear someone say, “I really care about you and I think you might be harming yourself. Please know that I love you and want you to not die.”

But for every obvious case, there are likely hundreds who suffer almost in silence. Ironically, they can suffer more because if they don’t look the part of the eating disorder patient it can be internalized as a failure – a failure to successfully execute this disease that they identify with control and perfection.

That’s the gist of this post, during National Eating Disorders Awareness Week, to get you to contemplate people in your life who might be on that edge. Those who could be slipping into habits that lead to a real problem, or those that simply spend years and years and years just under the threshold of a real diagnosis. They can eat just a tiny bit less than they really need (instead of eating a LOT less than they need), while bones are weakening, muscles are atrophying, organs are shrinking (!!!), metabolism is shutting down, the brain itself is undergoing structural changes under one’s skull.

This is not as ludicrous as it sounds – I have weighed 25 pounds less than I do now, and honestly you could look at me and be like, “Ok, yeah, she’s a little smaller, but 25 pounds smaller? She’s not scrawny, like real eating disorder scrawny!” Those pounds came from skin and fat and muscles, yes, but they also came from my organs, and my bones, and my glycogen stores.

Here’s the thing: you can’t help if they are not ready. But I do believe, strongly, that if you care about someone and you tell them you care enough about them to want them to stay in your life, at absolute worst, it CANNOT HURT. Awareness of self is one of the first steps if recovery will happen.

I lost someone recently who “successfully” managed their level of disorder for more than 20 years. It’s true that you can ‘get away with’ a great deal of abusing your body with lack of food – we are remarkably resilient creatures. But not forever. She was a talented runner and no doubt helped by a very low weight (a subject for another post), but in the end her systems were too beat down, taxed, and on the edge to make it through acute dehydration due to the flu. It’s a fucking shitty way to die. My friend loved helping other runners achieve their goals and loved helping kids get excited about running. If a car came barreling down on them while on a run, I have no doubt she would have gladly shoved them aside to take the impact herself. That would have been an O.K. way to go, especially at 46 years old. How she did die should not have happened. But. It. Did.

Finally, she was not just some anonymous friend that I need to hide. She was Susan “Sus” Brozik.

Find your little-bit-skinny, little-bit-obsessive, little-bit-food-paranoid friends and tell them you appreciate every part of the good things they do. If you think it’s not too much, also tell them that their healthy body is the thing that lets them do those awesome things, and you’d love it if they kept their body around for a long time. 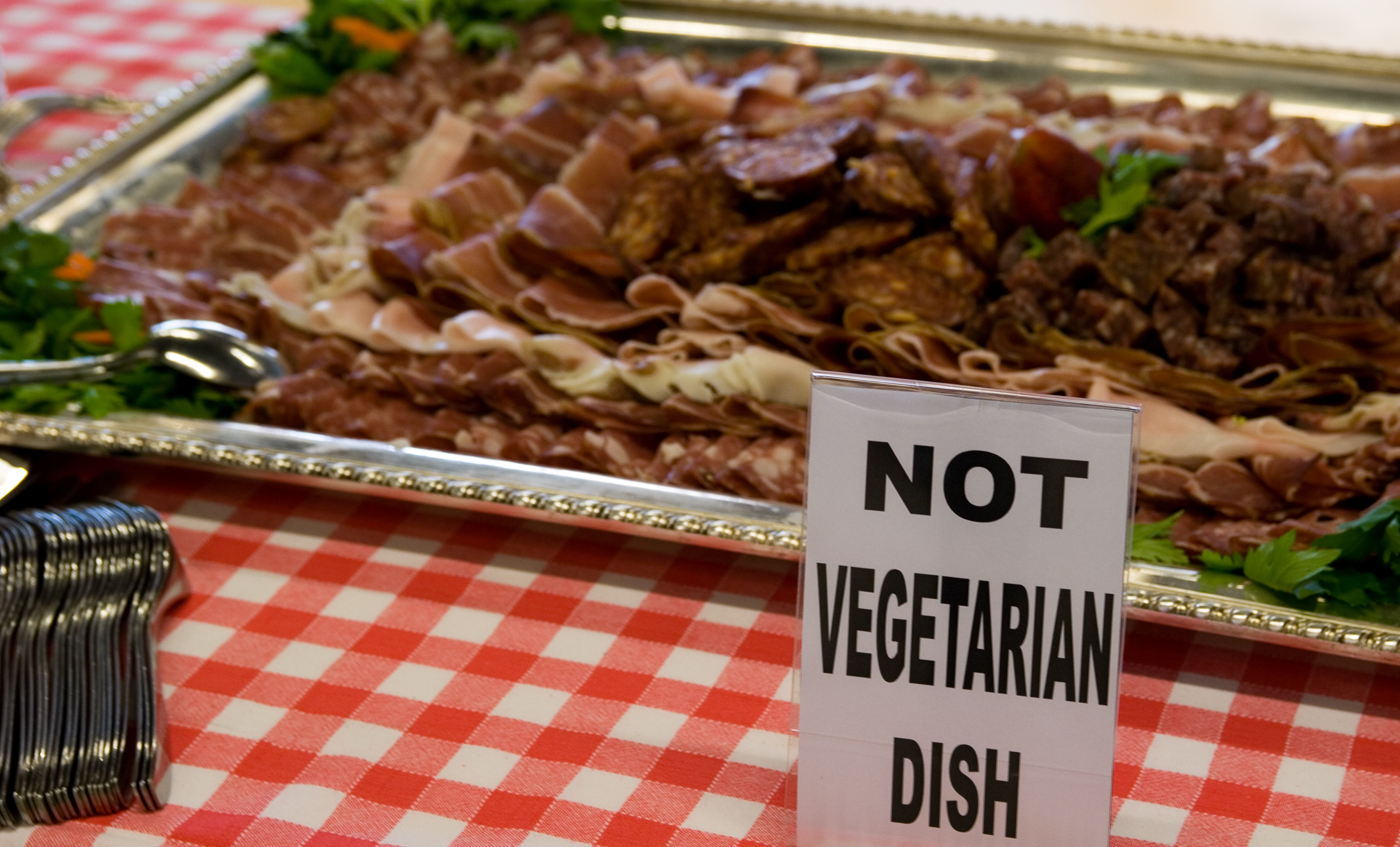 Make a promise, right, now, that the next time you eat at a restaurant, you’ll throw one more question into the pile of “what’s the special today?” and “can I get a side of fries?”. Ask where the restaurant gets their meat.

You can do it gently, a simple add-on, “Ooh, that burger sounds good – is the meat from New Mexico?”

You can do it more directly, “I’m learning more about restaurant ingredients – can you tell me where your meat comes from?”

It will be kind of awkward, and I bet that a lot won’t answer at all, or they’ll deflect. That’s OK. In the Mission District, a writer asked for two years, learning both much and little.

You see, even if they don’t answer, even if they mumble something noncomittally, even if they pretend you didn’t even ask, just hearing the question will make them think about it for one second. Hearing it from multiple diners will make them pay attention. It will trickle up to the managers of these restaurants that their customers want to know. That influences how they choose suppliers and what questions THEY ask when buying meat. Even if the question has to start with, “what country did this meat come from?”

You will help start a revolution.

It is going to be a snowball effect, and I’m asking you to contribute your own snowflake.

I will. Promise you’ll do it, too.

You should know that restaurants come and restaurants go. But all restaurants, yourself included, have an ideal customer to attract or a genre they are trying to occupy. Diners do their no-fuss thing with Bunn-bearing coffee fillers while the truly fancy roll out the white-tablecloth hush-hush treatment.

However, you could be one of those restaurants that want to be FUN, trendy, visually appealing and hip. Sadly, these restaurants lack self-esteem. Yes, self-esteem. In a restaurant. You show it in practices that make you look like you are trying too hard, and one habit stands out the moment courses are served: fear of empty plate space. This plain cheesecake is garnished with raspberry sauce AND chocolate ganache, neither flavor represented in the cake. Thanks, Chef ‘docgeek’. No disrespect.

This fear can be witnessed in places as diverse as wannabe midscale chains to wannabe midscale local joints with aspirations of hipness. It is on striking display on rims of plates from starter to dessert: an unwillingness to let the food sit unmoored on the dish. You see, plate rims are for holding the contents of the plate in. They do not need a dusting of dried parsley to add visual “whatever”. Here are common manifestations:

One caveat, dear restaurant: not ALL showy saucing is superfluous. There are places where the artistic swirl of flame red was an essential flavor component of the dish, to be mixed in and enjoyed as a true sauce. You awesome restaurants follow the sauce/garnish rule, which says that they should: 1) complement or enhance the dish’s flavors and 2) be edible.

Everyone else: just stop it, please.

Restaurants, you do often have other (not so minor) issues like not having a phone number on the website or not being open when you say you are or forgetting food orders between your table and the kitchen. Fix those issues first, and then attend to the trying-too-hard stuff. You’ll be a better place to dine.

When I got the envelope in the mail from my private health insurance company, I didn’t think much of it. They send me various stuffed envelopes all the time, usually containing something I just need to file or toss out.

This one, however, was different, beginning with the ominous statement, “your policy will end on December 31, 2013.”

So, I became one of those folks in the group represented by outraged reporters talking about how Obama said, “you can keep your policy if you like it.” and then went back on his exact words. I “liked” my policy, in that it was relatively cheap and gave me catastrophic coverage in the event that I have something happen that could otherwise bankrupt me. I’d be out my huge deductible ($6K) and then not a penny more.

But that sounds like it might never have actually happened: people with plans like mine have had a long history of getting dropped by their company the second it appeared your account might start requiring lots of payouts. Generally the (legal) reason cited is that you withheld information on your original insurance application. Say, your claim involves checking out and biopsy of moles on your skin – the company could say that you didn’t note that you have lots of moles. Or, you are getting treatment for back pain issues but never mentioned in your application that you’ve ever felt a bit of back pain in your life. That’s an undeclared pre-existing condition, and therefore eligible for policy exclusion.

And it gets worse – the internetz are full of these kinds of reports from consumers:

There was no law against this. So if that catastrophe happened, the insurance company could have (and might very likely have) paid out some hospital days or one inital ambulance ride, then called the whole rest of it a separate case (due to that pesky pre-existing or bad application stuff above) and dropped me like a hot potato. No recourse, only bankruptcy. Or a legal battle that you as the patient MIGHT win, but might not.

Then, there is my friend on the East Coast, paying for private insurance that costs far too much and hoping against hope that this whole Obamacare thing that is coming might actually benefit her and her partner. But she is very wary:

I’m afraid to be excited about this

– my friend (self-employed), regarding Obamacare’s having a) much lower costs & b) better coverage than their current plan.
She was rightfully paranoid for a long time, unable to process the very real possibility that her health care situation could, all of a sudden, get WAY better. She and her partner were paying nearly $750 a month for truly shitty coverage while needing periodic care and prescriptions.

A summary of our befores and afters:

And that’s how it works. It has to work that way. I am one of those gravy insureds: I am healthy. I’ll withdraw a few hundred bucks per year or less of my annual premiums in benefits. I am the person who helps to subsidize my friend on the East Coast. I am critical in the system as is everyone like me.

A special thank you to Julie today!