Today, the slow, deliberate hand clap goes to a woman who is fighting the good fight against dumb (or just ill-informed) nutrition advice.

Adele’s a Registered Dietician with a Masters in Public Health, and general all-around badass in the battle against healthy eating misinformation. She runs the website called Eathropology and has done some solid work on combating the USDA’s food pyramid (scheme).

I met Adele just before the Ancestral Health Symposium in 2012. I was looking for a shared hotel room and she was willing and able to lend some mattress room to me. During that long weekend, she and I and her good friend Anna Kelles gossiped, plotted, and learned from each other. They were already in the public health world and I was outside, looking in, dipping my toe into the idea that something (or a lot of things) we are currently doing with regard to food and activity and thinking are just kind of, well, not good. And, more importantly, how can I help?

Adele helped to ignite my ancestral health research and fueled some new ideas in this little thinking cap of a skull. A book about women’s health! A book for US! A podcast! Another conference! Articles and speeches and poster presentations, oh my!

While it is not Adele’s responsibility to make sure that I actually DO follow through on those ideas, she deserves a lot of credit for getting me thinking. And yes, the podcast is still something I think would be amazing. Is podcasting “over”? I surely hope not. At least I can tell myself that if you are GOOD, your talents are never really “over”. And that is why women like Adele are out there, doing what they do, really WELL, and having an effect in the world.

I hope I see her again soon, but even if not, her work lives on, every day. 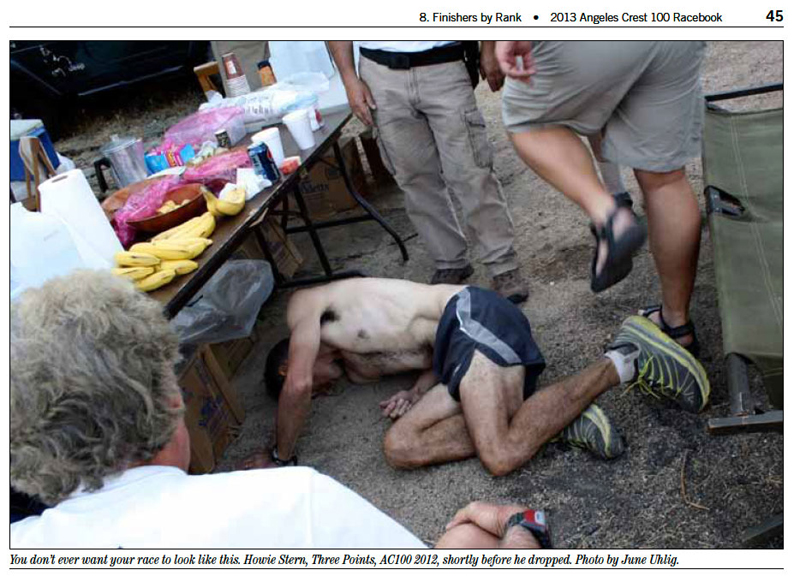 Activities for health = great. But be optimally healthy while an elite athlete? Good luck with that because it just ain’t happening. Elite/competitive athleticism is extremely hard on the body and mind, in the same way that you wouldn’t want to be a hotshot firefighter every day of your life or even every other day for years at a time.

When you want to take the next step up; when you want to start placing at 5K races, at marathons, or you know – gawd forbid – ultramarathons and that sort of stuff . . . then the type of training that you need to do becomes very metronomic. It becomes very predictable. And the flip side of this is that you, in a lot of ways, become fragile. – Robb Wolf

Robb Wolf. Gotta love that guy. His recent podcast (from the 10-to-15 minute mark) touches on the conflicts between activities, health, and performance, and his take is rationed and sensible. It’s based on a talk at last week’s Ancestral Health Symposium given by Nassim Taleb on Antifragile concepts applied to the human body.

Ultimately, I could not resist taking this comment completely out of context just so I could make a ringtone-worthy mp3 file that just says, “gawd forbid, ultramarathons”. Ring, ring! 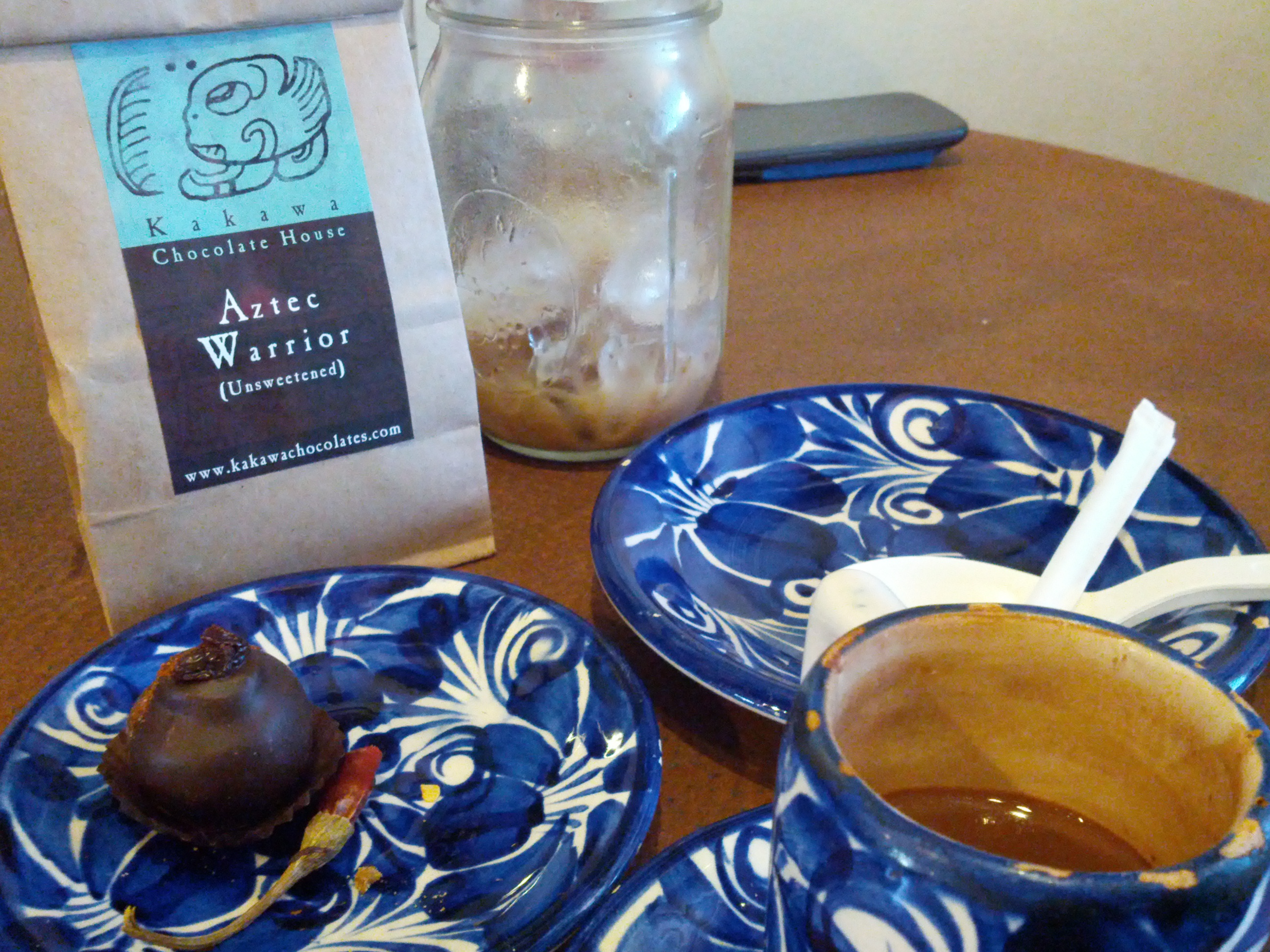 Yesterday, the final day of the Ancestral Health Symposium in Atlanta, I was in Santa Fe, former stomping ground of the Robb Wolf clan, sipping on a tiny cup of ridiculously good Aztec style drinking chocolate. The place is called Kakawa and it has seen a handful of owners in the last 15 years but never has the quality of those cups of chocolate declined. At least not that I can tell.

For those more keen on a bit of sweetness, they offer everything from sustainably sourced chocolate bars to handmade truffles with goat milk, rosemary, chile, and even local cherries. Not all in the same truffle. Usually.

On this visit I kept to the drinking chocolate and a truffle, forgoeing the very good housemade ice cream and a gluten-free, coconut-sugar-sweetened brownie that nearly tackled me and snuck into my paws.

If and when the Ancestral Health Symposium decides to alight on Santa Fe, we’ll be ready with treats like this, as well as a vibrant farm scene and some pretty awesome locally raised pastured meats. Santa Fe is ahead of the curve for a town it’s size, and that’s good for all of us. 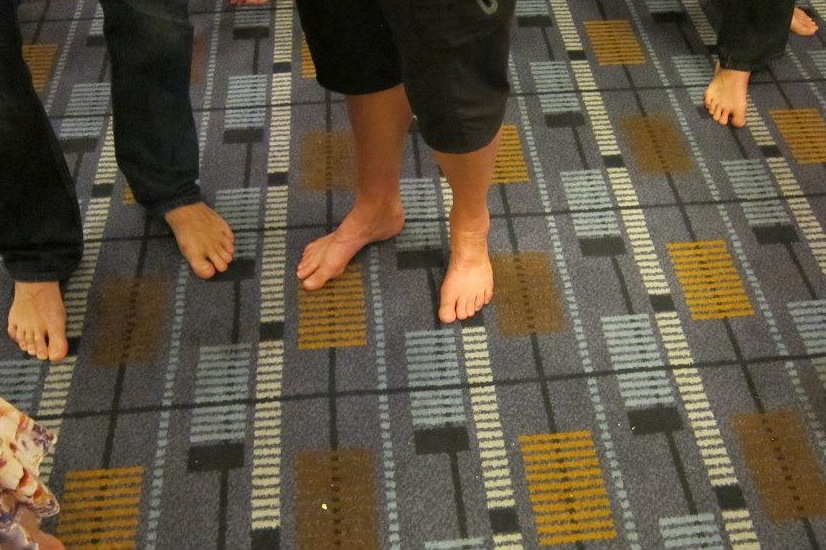 Not long after attending Paleo f(x) in Austin this spring, I lept on the chance to sign up for late summer’s Ancestral Health Symposium. Why not? I had attended 2012’s Symposium on the Harvard campus, but I was just 6 months into the thrall of Paleo and ancestral pathways. I had a blast meeting new friends, mentors and inspiring brains by the dozen. Also, I took foot pictures.

Like a hummingbird I circled around Robb Wolf, Abel James, Chris Kresser, Nora Gedgaudis, Gary Taubes (whom I’d met years earlier doing early website work for his book), Denise Minger, Diane Sanfilippo, and Terry Wahls. Each had made a distinct impression on my sponge-like brain.

And yet, those were just a few of the well-known-to-me folks, and due to being famous their time was extremely limited. It was the folks who were behind the academic scenes or who were more like me – students enthralled by the knowledge – that ended up being the charm of the whole event. People like Adele Hite, Amber Dukes (who lives here in ABQ!), Chris Williams, Matt Lalonde, Stefani Ruper, George Bryant, Amy Kubal, Patrick Earvolino, Josh Whiton, I could go on. These are just a handful of the ones who want to make this a bigger part of their lives – maybe even the biggest part of their lives. Soon, I will join them, though I haven’t found my ancestral calling, yet.

Which brings me to the topic of this post. Why the bloody steak aren’t I in Atlanta RIGHT NOW for Ancestral Health Symposium 2013, reacquainting myself with everyone in a ritualistic rubbing of neurons?

Basically, I’m a chickenshit. In one year I have done a ton of research and a smidgen of writing about health, nutrition, and paleo-esque lifestyle. I bought some cutesy ancestral domain names. But researching ain’t crap, and neither is domain squatting. When I meet up with these amazing minds again it should only be in the context of collaboration and contribution. MY contributions to furthering this better way of life to those that are looking for answers.

Those contributions and collaborations are coming, but by forfeiting a few hundred bucks in that ticket, I resolve to invest TIME to actually make things happen. Not research. Writing. Not mulling. Making. Not “if”. Now. By not spending another grand in travel and lodging, I pledge those resources to more local use: my ancestral emergence.

All I know is that what is needed is ACTION. It starts today. It starts every day.