Hi kids. I’m back on the posting wagon, finally, with another Tuesday Tribute. The schedule goes back to weekly from now until eternity or I run out of amazing women in my life. That could be awhile. But now, on to Katie DeSplinter, ultrawoman of mystical powers. She doesn’t break bad, she breaks excellent.

Katie downhilling a not so technical trail. (from iRunFar.com)

Those guys were Dominic Grossman & Co, screaming down a loose cannonball run of babyhead rocks next to a steep creek drop-off on the way towards Grouse Gulch on the Hardrock Hundred course. It was a training day, but it seemed to me that Katie was getting some serious turnover practice for future racing days ahead.

Katie is a new person in my circle, but one of influence in just a few encounters. She’s learning her way around racing ultramarathons in one of the most open and generous and patient ways I’ve seen. She blogs about her successes, her worries, her failures, and the intersection of all three. Case in point, AC100 this year was planned to be a dream race, sub-24, with everything looking pretty good. Then, worries about training load (too little) and previous issues with kidneys (too much) and finally, she just went and did it. The write-up is pretty spectacular and takes a meandering course through angst, joy, flow, bloody pee, and rain in Los Angeles. Yep.

“The only thing I honestly feel right now is everything.” – Katie

Are ya back after reading that? Good. Now, let’s talk about AC in general. She’s part of the overly-feared next generation of young ultrarunners. Young ‘cuz she is only 31 – the age at which I knocked off from ultras and went down the marathon rabbit-hole for 5 years, losing all sense of moderation and some of my bone density in the process – and yet she is capable of winning races. A few for now, but more to come I’m sure. Her generation (really a sub-generation, but whatever) is overly feared by some in the long-standing ultra camp who think youth entails enthusiasm at the cost of respect. But in many young runners, as well as many older runners, the respect and volunteerism and community are part of the ultra life. They give back. They volunteer and crew and pace with abandon. They do trail work. They organize their own races (hello Nick and Jamil), adding to the pool of awesomeness out in the country and world.

But enough about other runners. Katie’s getting the podium today. I ran into her, not quite literally, on the PCT outside of Los Angeles last weekend. She was running with a friend, as was I, in opposite directions. The four of us stopped to chatter about everything under the warm sun, only finally disbanding when we all realized we probably should get back to our respective days. She sported a hat that can only be pictured to be appreciated. 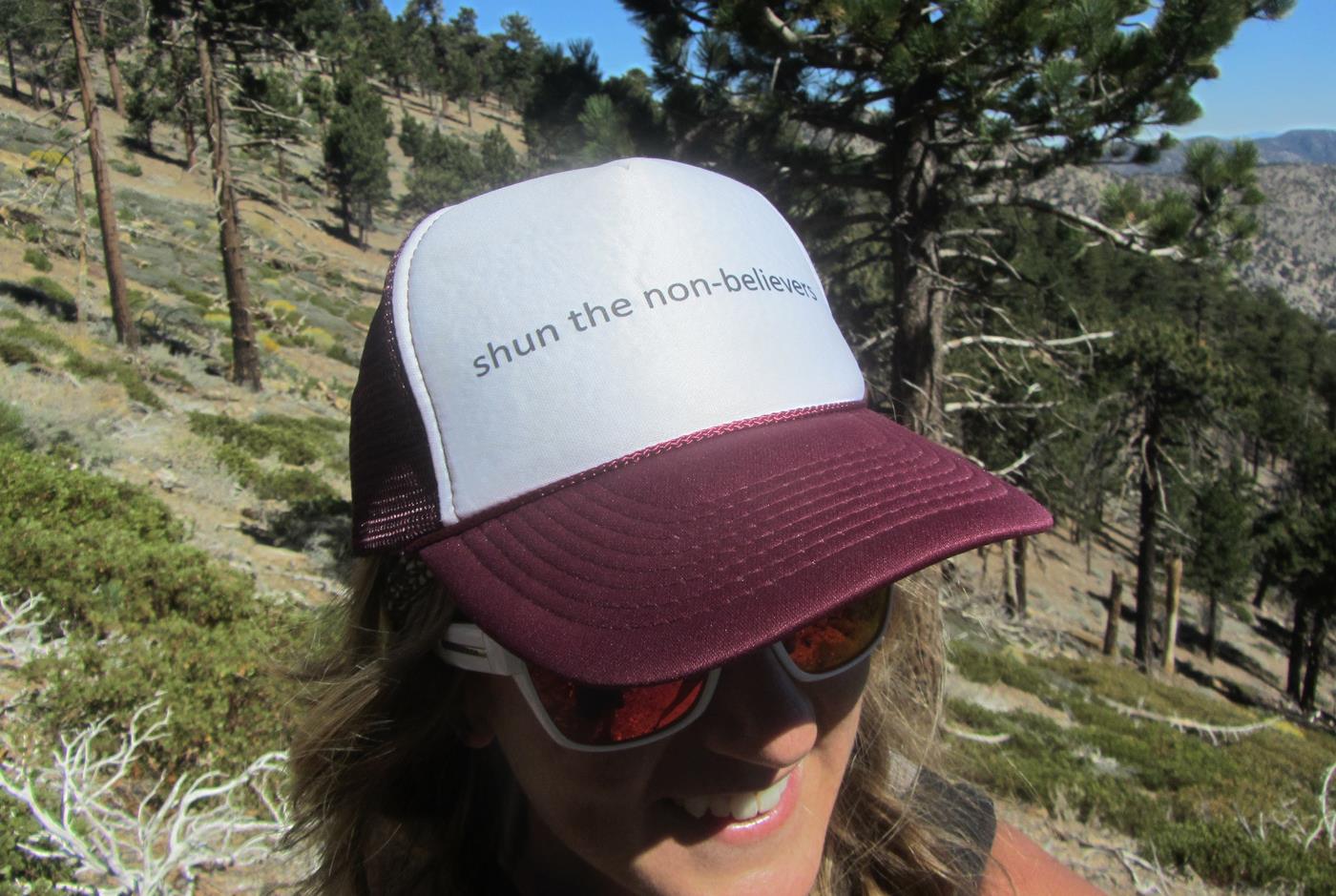 Katie says 25% of people get it. I’m surprised it’s that high. (by Geoff Cordner)

It’s a snarky hat from a snarky 2008 youtube phenomenon, but underneath the hat is a good dose of earnestness. Without the dippy video, this could actually be Katie’s motto. Do what you like and give zero Fs to those who stand in your way without reason.

That’s why she is here. Another woman making me rethink what it means to be solid in your own self.

Let’s say you’re stuck in your progress toward a goal. Doesn’t matter what goal – it could be a physical feat or it could be getting your homework done. There are two generally accepted ways to make progress: incremental change (ideally with tracking) and jumping off a cliff (not literally).

Incremental change is the preferred method: it can be tracked, measured, and reproduced. When you make progress you know WHICH thing enabled the progress. You know that it was the fact that you started flossing your teeth right after eating that made you less likely to snack, versus putting an alarm on the fridge door. You know which behavior change you are in the middle of, and therefore you know what is working. Incremental change gets much love, partly because of how sciency it is, probably also because it is easier chunks to bite off if you’re the person making the changes.

But here’s the problem. It’s fucking slow. Sometimes you need or want the end result to happen very soon, or at a particular point in time rather than just “when it happens”. This is where jumping off a cliff becomes useful. For clarity’s sake, let’s alternatively call this method the Spaghetti Approach. 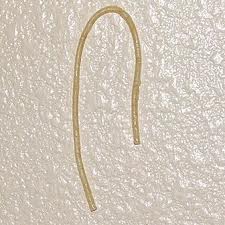 In the spaghetti approach, you simply change a whole BUNCH of stuff all at once. In the snacking example, you padlock the fridge, take herbal appetite suppressants, floss after eating, drink water before meals, AND buy a dress a size too small. You throw all the spaghetti against the wall at the same time. If enough of it sticks, you have made your breakthrough in record time. The only drawback (if you can even call it a drawback – it depends on how sciency you like your life to be) is that you won’t know for sure what really worked, and which pieces of spaghetti you can ignore the next time around.

BUT, here’s why the drawback might not be a drawback. The next time around, things might be totally different. Knowing exactly what worked before might not even be useful. This is especially true with things involving the human body or even relationships. Humans are just a mess of ever-shifting potential. It’s true you can generalize, of course. If you take up weightlifting, you will almost certainly get stronger. But generalizations are for generalized results. Doing MORE weightlifting, and MORE, and MORE, will not necessarily move up your maximum squat by 20 pounds. When things get detailed, humans get slightly less reliable results.

What works today or this month or this year or this decade will not necessarily work again.

This is why my 2014 Wasatch Front 100 race is getting the spaghetti approach. I am going out for a breakthrough, and I’m going to try a lot of new things. New things that I have not tried before, or things I have not done in an ultra in awhile, but all things that I have reasonable confidence will not be utter disasters. I’m not going to just decide to go keto-adapted and eat only macadamia nuts. That would be truly nuts.I am happy to share my plans. So here is what I *am* going to do:

Of all of these, the one with the most potential for bad effects is #4. That will have to be monitored closely so I don’t hurl all over the trail (at least not more than once, anyway). All the rest should have minimal side effects and if they are annoying I can stop or change course in moments.

Wish me luck and sticky pasta. 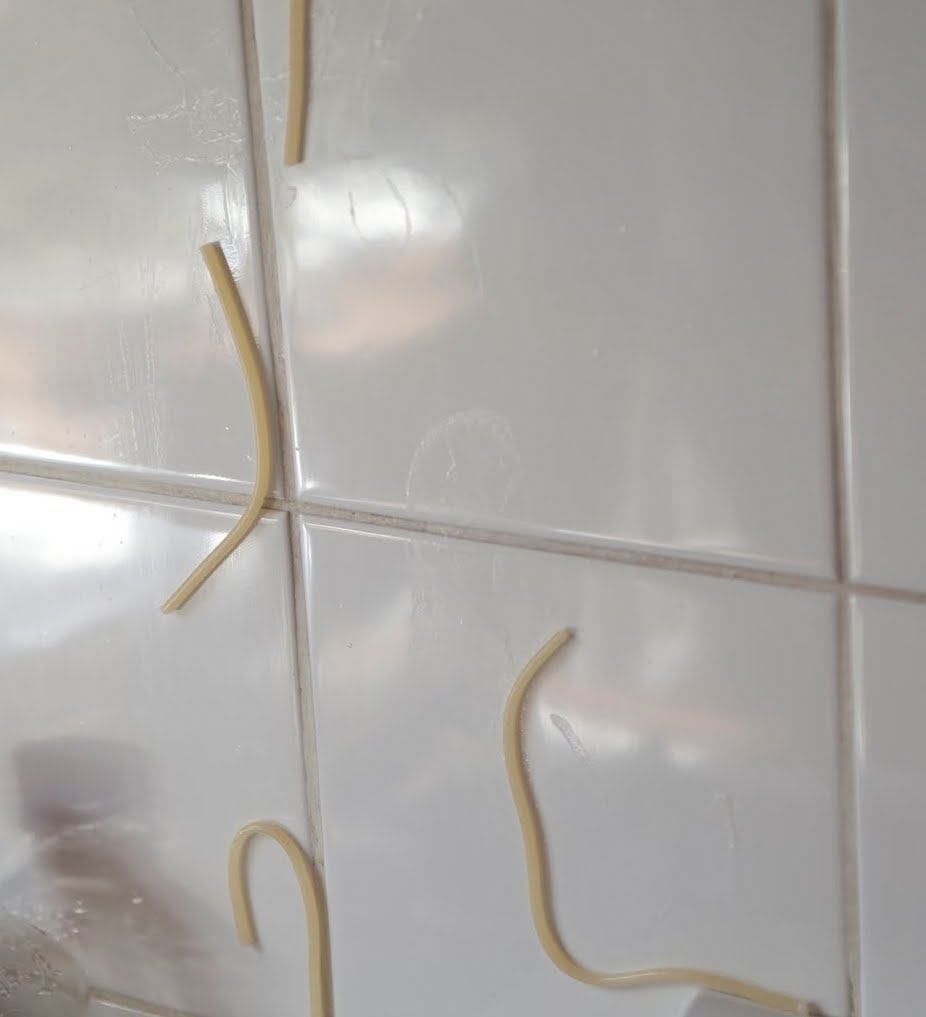