As a modern internet-addicted lazy person, I pondered two wormholes of internet interest recently. They made me think about celebrity culture and our human desire to LOOK. The first was new to me – a family that has spent the last 5+ years documenting every single day of their lives. They seem very nice, and normal. I have no problem with what they do or how they broadcast it. Neither does their 2 million subscribers.

As humans and social creatures, we are all compelled to LOOK.

If you visit countries that have different social and cultural expectations, such as China, you’ll find something stands out – people STARE. If something is interesting, they’ll form a crowd and just look. Americans seem to constantly be fighting with themselves over whether to look at something interesting or do the “polite” thing and walk on by. The idea of “rubber-necking” is frowned upon as something crass and unseemly – wholly apart from any actual risks from the act of looking itself (such as causing another car accident while you drive by staring at one already happened, et cetera).

In China, if you see something, you look. Because, why not? Interesting things are fun to look at, so what is wrong with looking? That seems to be their attitude. 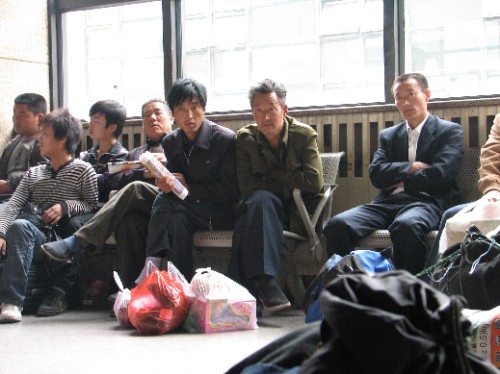 Here in the States we reserve much of our staring and looking for the safety of the internet and tabloids. We don’t want the objects of the staring to experience it firsthand, so we do it by proxy. This includes using paparazzi to get our celebrity cellulite photos for us, and YouTube to chronicle an entire family’s life, day by day. We feel strange or awkward if we were to see one of those interesting people on the street and were caught just looking at them for no good reason.

Where is all of this leading and how can it possibly involve North Korea? It is because in the case of North Korea, we cannot look directly. And yet we must, by any means available.

Rather than spend another minute on the Shaytards, I went back to the haunting photos of North Korea of the daily lives of their people. More and more I searched for photos and articles on what’s happening because it is so . . . interesting. 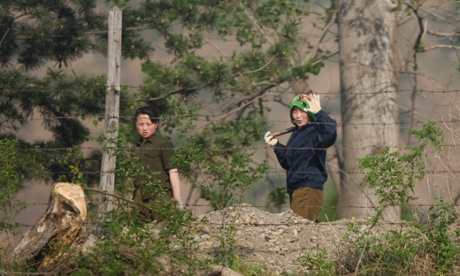 Here’s one description of what eating looks like for citizens there: “Food shopping is equally problematic. Staples such as soy sauce, soybean paste, salt and oil, as well as toothpaste, soap, underwear and shoes, sell out fast. The range of food items available is highly restricted. White cabbage, cucumber and tomato are the most common; meat is rare, and eggs increasingly so. Fruit is largely confined to apples and pears. The main staple of the North Korean diet is rice, though bread is sometimes available, accompanied by a form of butter that is often rancid. Corn, maize and mushrooms also appear sometimes.”

Women in North Korea have recently started wearing some amounts of makeup, and it is noted that the reasoning is partially to hide blotchy and unhealthy skin – one side effect of underlying malnutrition. So a country where some people have enough spending money to buy cosmetics in order to cover up the health effects of not being able to purchase real food – that is North Korea. 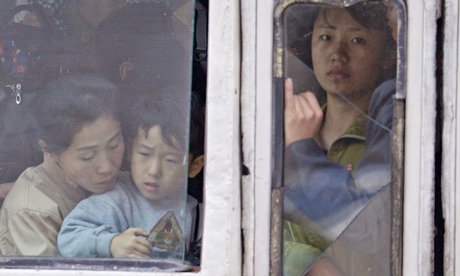 In the last few years, things appear to be getting way worse for an average person. For instance, this spring, outside of the capital city of Pyongyang, food is basically becoming a luxury. Food is actually starting to disappear as a thing you can “get”. Read that again, from a local, “In January, housewives were given two kilos of mixed rice and corn and households received 10 days of rations on top of that. But there has been nothing since then . . .”

There might be little as a single person I can do about the conditions in that country, but perhaps much we can do as knowledgeable humans, collectively. But to be blunt, just start with gawking and sharing what you see with friends and family. Spread the images and the situation far and wide.

Rubber-neck all you want. And then consider what you might be able to do, as wished for by North Korean people.