Today’s Tuesday Tribute is Erika Napoletano. There are a lot of ways to summarize her personality, from ass-kicking public speaker, motivational coach to Gen X laggards like myself, esquisite and judicious potty-mouth, and heart-forward strong woman. 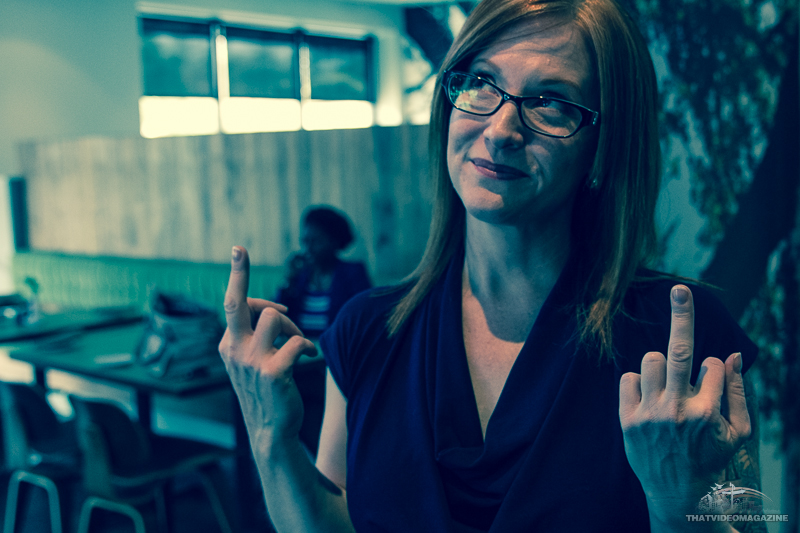 Erika doing something she does really well – not having a lot of f*s to give.

Technically, including Erika is a little bit of a cheat – I actually have not met her in person, but we have conversed over email and I’ve devoured much of what she’s wrote in the last 6 years.

So, who the fuck is she? (Yes, for this installation I’m bringing out the bombs.) Her bio lists off her attributes: the things she can do for her clients like get people UNstuck in whatever thing their life is presenting, her choice in bicycles, her appreciation for warm coats in Chicago winters, and her published works both online and in hardback.

BUT. To me it is the last bit of her About page that is actually important and what makes her work so useful:

And she is happy.

Because it is happy people who ooze that juju out of their pores, out of their sparkling eyes, out of their manners and way of speaking. Watch her TEDx talk in Boulder. At the end she does a spontaneous victory dance – the only indication in the whole video that she was terrified all along.

How do people become happy? That’s a ridiculously difficult question that occupies many a writer and thinker. Many people seem to have a default happiness “set point” that they come back to even after periods of trajedy or prosperity – that is, if you lose your job you’ll come back to the same level just like you will if you win the lottery. The “amount” of happiness that set point represents varies from person to person. But that doesn’t mean you are doomed to your default level – I believe that a measure of grace and happiness can grow from terrible loss. We all know someone who only really started living after their cancer diagnosis or scare.

For Erika, it was the death of a new love, a potential soul-mate, if you believe in such things. When she first met him, he was a fan of her work and they became quick friends. Then, she says, “And that night, a friendship began that grew into something I never expected: the beginnings of a relationship where I never had to be anything but myself.”

Jason died four years ago, on Halloween, after two months of joy building that relationship with Erika. Two months. But here is why Erika is here on this post – it is what she did publicly – the very next day, in fact – when it happened. She ripped her heart open bare on her blog, grieving in real-time for the world to see.

She had nothing to lose and – perhaps – had a glimmer of a thought that in the long-term this kind of vulnerability would help someone who chanced into reading it. She was right about that, even for people who didn’t suffer as deeply as her. I felt sorrow reading her Jason story, even though I’ve never lost someone in that way. It drew me in and added to the respect I’d already built for Erika’s work.

That’s why I chose her, this week. She along with writers like Brene Brown and Ella Francis Sanders and Cheryl Strayed (in her Dear Sugar days) are all trafficking in pure openness of heart. You gotta love that.

**Tuesday Tribute is my way of showing off the women in my life who have done something to influence me for the better, through direct advice, great example, resilience, strength, bad-assery, or any number of things. Almost every week. Always Tuesday. 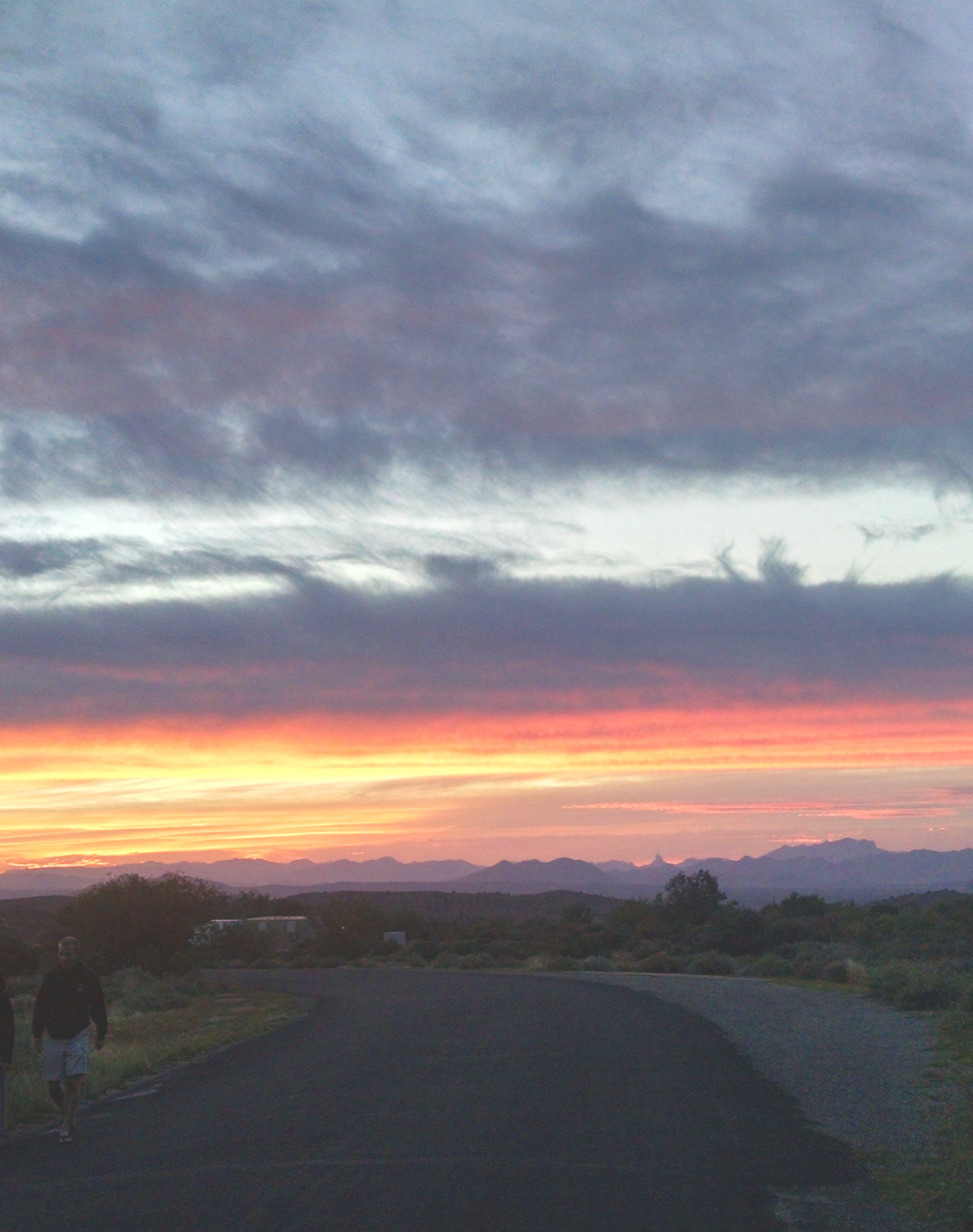 I’m experimenting with writing long-form for Medium, and would love to have your feedback over there. It’s a lovely site with good content.

I wrote a very long report from the viewpoint of a pacer for a 100-mile race, the Javelina Jundred in Phoenix. I’ve run the race before so I know it pretty well, and I was assisting (with another friend) a runner to their 2nd finish. We encounter GU, nausea, the founder of ultrarunning in the US, sand, and pizza. Enjoy.

What Makes An Ultrarunner: Guts, GU, and (minimal) Glory 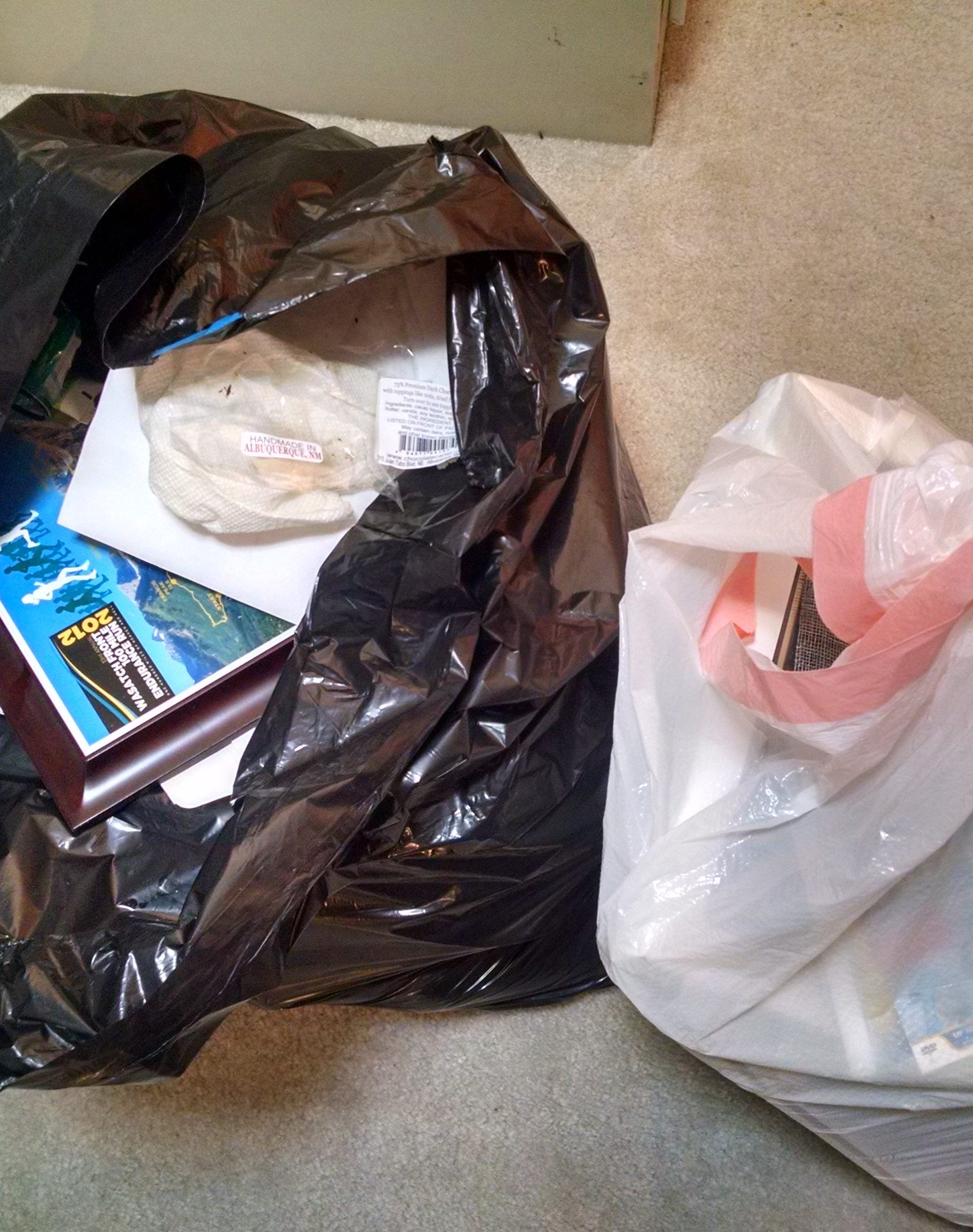 The past week’s haul. Lots of paperwork and ephemera. And the closet is still full.

For months I’ve been slowly purging the unbelievable amounts of crap I own, because it had started owning me. So far I’d estimate I’m down 10-15%, if that. Right now I’m only counting things in the actual house, not the skis in the garage or the rotten box of gawd-knows-what next to it. I know for a fact there is a box of 15 year old MREs, too. Don’t they last through the apocalypse? Anyone want them?

I don’t know what triggered it – likely some long-held rebellion against my own pack-rat tendencies plus some schooling from The Minimalists – but it has been snowballing and now I feel almost desperate to have a manageable footprint. It’s a little Tyler Durden creeping into my mindset.

Fixing this does not necessarily need a business trip with the gas stove left on.

Not everything he said was crazy man talk. The idea that our consumer culture is a toxin to much of what is really human, has big resonance for me. I don’t think we’ll go to Tyler’s ideal final society where cityscapes are just barren places where people in leather clothes lay out meat to dry on the freeways.

But dear fucking god we do not need all this stuff.

Some things are unbelievably easy, though somewhat time-consuming. This would be CDs that are already ripped, weeding out paperwork from the filing cabinet, trying on clothes that I probably don’t need to see if they even still fit, that sort of thing. To get to the things ready for disposal, there is a little homework to be done. This will get more labor intensive with things that need to be archived first: photos, un-ripped CDs, the hundreds of greeting cards from friends over the years. These will all be digitally saved through ripping or photographing, then tossed.

Some things I get rid of have minor sentimental value but no real use or actual daily value. Today was a few plaques from things I’ve done: coaching a high school cross country team, and my Wasatch finisher’s plaque from 2012. I still have 2014 – guess I’ll wait until the race report is done so there’s closure.

The really sentimental things are harder. The cubic foot of heavy scrapbooks my mom deposited on me last xmas. She took decades (obviously) to make those. Hard to just toss them (not to mention digitally scanning them would take a long time, too). Gifts from close friends, like books or jewelry or kitchen dishware. But a lot of that can go, too. If the friend is important to me, THEY are important to me. Their gift has already been acknowledged and used and appreciated. That’s OK. 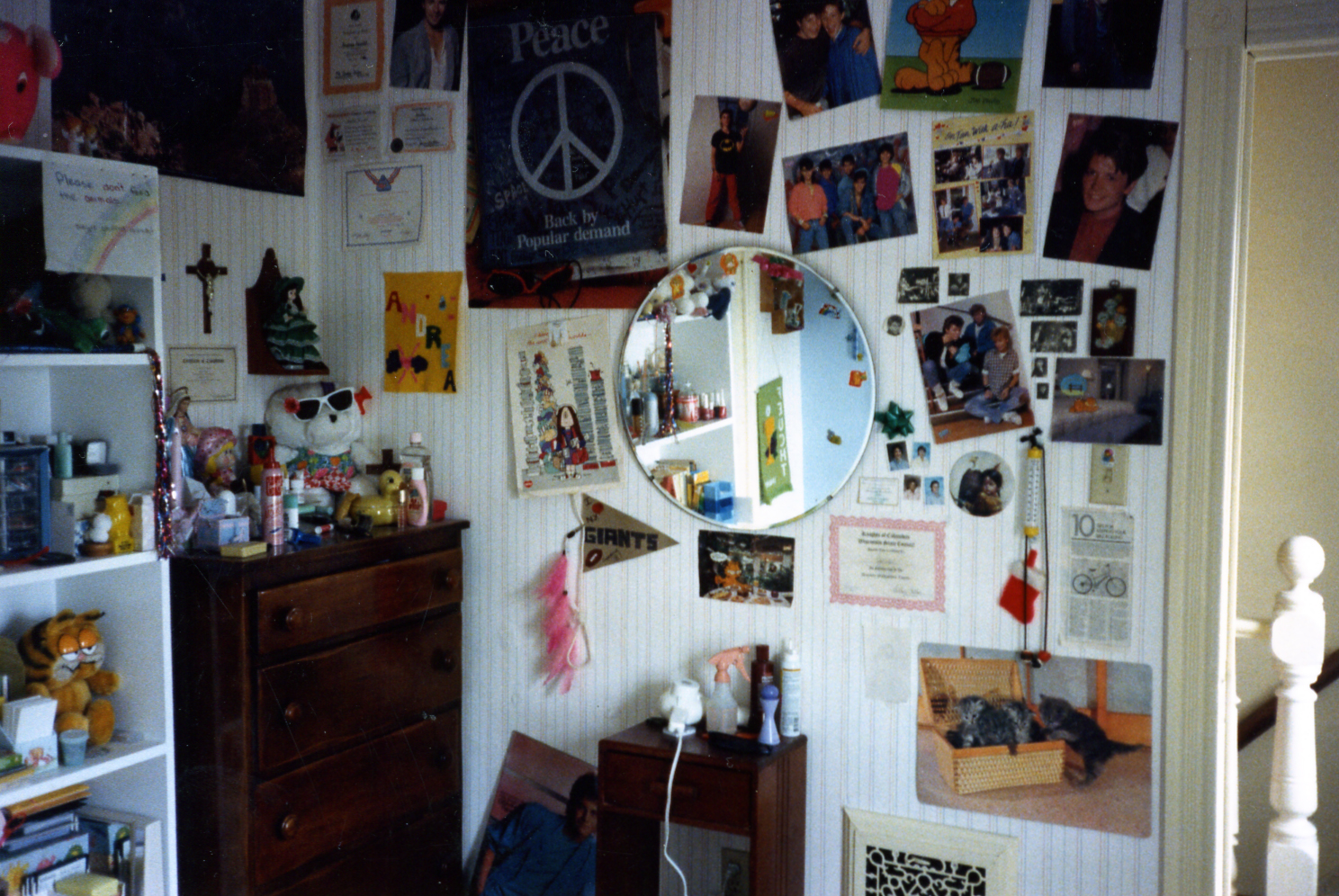 Age 15 bedroom: you think I grew this pack-rat thing recently? Nope, been there all along.

Julien Smith’s 16-step guide to horrifying yourself about how much crap you have is amazing. It’s one of the best, funniest, most heart-wrenching things you’ll read if you have any bit of Tyler Durden in you.

Next weekend (the 14th), I hope to be spearheading a MASSIVE yard sale at a friend’s house. She lives on one of the most busy residential streets in Albuquerque and always gets much of her yard sale offerings sold and gone. There, I’ll purge books and CDs and kitchen appliances and clothes and way more stuff that I haven’t yet been able to just give to a thrift store for fear that I might be missing out on some needed cash. (No, I’m not selling all my stuff because I can’t hack it as a freelance writer, but it’s a lean life.)