Tuesday Tribute #8 (because 8 is a lucky number): Mina Yamashita 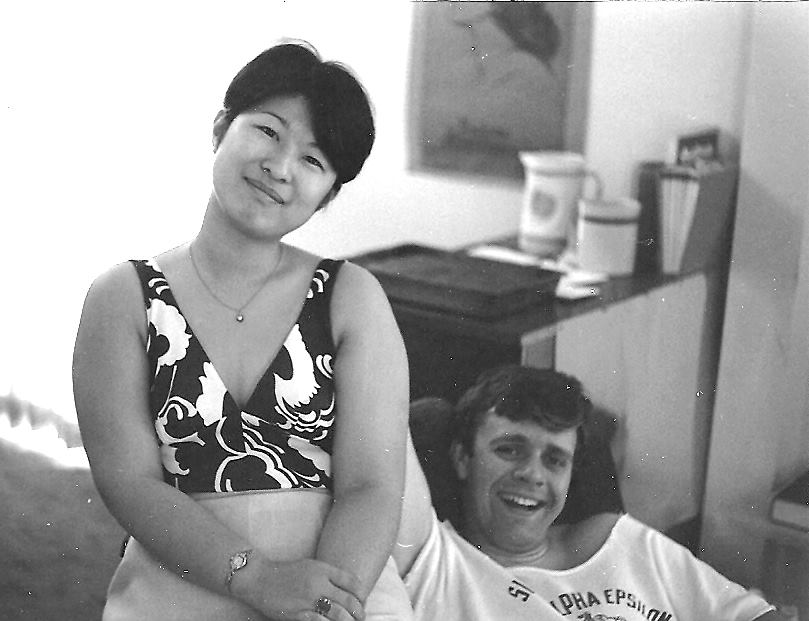 This is an overdue Tuesday Tribute. I missed a week, thinking about writing this and how to broach the topic.

I wanted to write it now, because this past Friday was Mina’s birthday. But here’s the thing. There is no way I can do Mina justice. I’d have to write a whole book and then it would not be enough, not by far. Maybe there is a perfect haiku to summarize her spirit, but I don’t know it. I’ll write a little bit about her, now, here, but she might make another recurrence in my lexicon of Tuesday Tributes.

She was a designer, a writer, a food lover, a cook, a friend, a preserver of vegetables, a book binder, a gourmand of all good food, and great at everything she did, whether personal or professional. She was a close friend to hundreds of people whose lives she crossed in her time.

I started writing to Mina sometime around 2009, when she popped up on my radar after starting reviews for the Alibi. She had no idea who I was but I figured since her writing was engaging and knowledgable that she must be cool. I made assumptions, like we are want to do, that she was a young-ish woman (like myself), possibly Asian but possibly using a pen name (like myself). I was totally wrong – she was an experienced opinionated woman around the same age as my parents.

Mina had an amazing life. I’ve heard a few stories out of her own lips about her early days in New Mexico and how she acquired her name (it wasn’t her birth name) from some guru in Santa Fe.

She introduced me to a few things that continue to help me in my own (very Gen-X) self-searching attempts, but the most important was just her LIFE. She didn’t take bullshit from anyone, she did what she wanted, she worked on big projects, and she was actively working on new endeavours with all the enthusiasm of a 25 year old up to the week of her death.

There’s so much crap that we Gen X’ers do to ourselves in our own heads – “who am I?” “what’s this life thing for?” “am I doing enough” – and having someone like Mina in your life helps clear through that clutter. In the end, that crap about doing enough and impressing the right people – it’s all crap.

Mina Yamashita was an example to everyone she touched on how to look at living.

Mina at Los Poblanos, “there’s a what? where?”

P.S. About “TUESDAY TRIBUTE” and the why: a few weeks ago my mind went off a-wandering during my run. As it often does, it strayed into the realm of wouldn’t-it-be-cool-if ideas. Ideas like memes and tributes. It is refreshing to see gratitude posts directed at a certain person or community, someone that made a difference even if they didn’t know it. I thought about those 52 week challenges to leave little notes for strangers or smile more. I decided on a new challenge for myself: I will take every Tuesday to highlight someone from my life, past or present, who has changed my outlook, nudged the course of my life, or given me reason to make a positive change.

Las Vegas is many things to many people, but opinions vary on what it is not. From the surface appearance, it is not for the long-term, the serious, the romantic. In other words, it’s for fast fun frolics. At least that’s what everyone says. I wonder how often the casual-meetup section of Craigslist or the hookup apps crash under the sheer weight of panting people in party apparel. 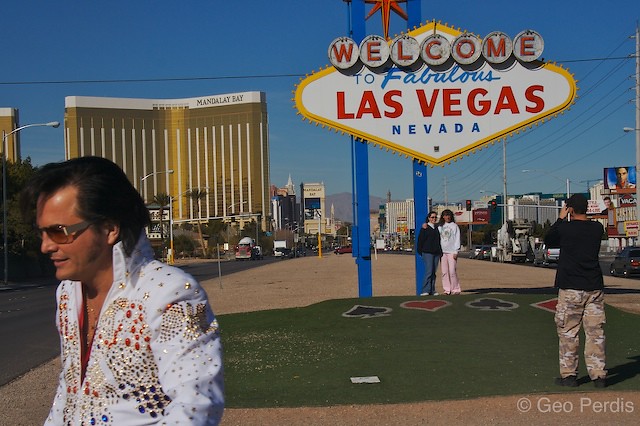 The King (of photobombs?)! Photo by Geo Perdis

I use the word tourist deliberately, optimistically, and elitistically, for I no longer consider myself a tourist. In my first few Vegas stops, sure. I “did” the Strip, stayed out relatively late, ate comically-cheap-in-every-sense-of-the-phrase buffets, and tried to not make an ass of myself. (In that last bit, perhaps I’ve isolated myself from many tourists here.)

These days, and this trip in particular, I’m a visitor. I work with Vegas to coax out what I need: wonderful but not stupid expensive food, trail running, social opportunities. Getting lost in the thicket of Caesar’s Palace is amusing and a bit sad instead of exciting, even if Bourdain and Ruhlman lived it up within those walls. In the mornings I escape for dirt pounding on trails south or west of town, or find a local coffee shop a drive away from the hubbub. Note to coffee-fiend visitors and tourists alike: Sunrise Coffee is THE SHIZ.

Las Vegas, this visit, is the vehicle for a group get together of sweets professionals: the 2014 eGullet Confections & Chocolate Confab. I’m no pro, but good friends with some in the bunch, including the amazeballs James-Beard-nominated Rob Connoley of The Curious Kumquat. I’m not a pro, so I’m just spending my time doing writing, researching for Rob’s book, and attempting to take in some of the local non-strip offerings.

I’m not sure what I hope to learn from the stay this time. A trip to a completely divey spot like the Double Down might be awesome. I’ve had Lotus of Siam now, and that is well worth the visit for crispy fried prawns. Tonight will be taco trucks a go-go and hey, sometimes that’s all a person needs. 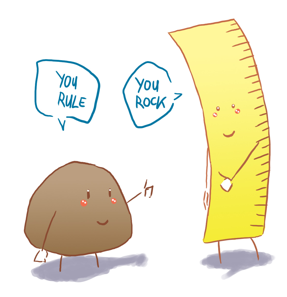 Many people encounter speed bumps that slow us down, or could even stop us if we are already moving slowly, and nudging ourselves over that bump into forward motion is essential.

Here is one little tiny thing, the first of a series, that I’ve learned from many mentors in my personal life and out on the interwebs that will help the vault over that bump. Each tiny thing takes a few minutes or less, and could involve getting over some fear to execute. But each are worth it and if you have any of that niggling fear, just tell it to STFU and get the thing done.

Your ‘medium celebrity’ list is someone that you admire in a field you are learning, but not necessarily the top of the pile. Let’s say you’re an aspiring chef. Don’t contact Gordon Ramsey or Nobu or Thomas Keller, especially if you are very nervous. (Note – in some circumstances, you could contact the top tier, but that’s another topic…)

Contact a “four star” chef near you – if you live in Austin, it could be one of the Top Chef contestants that was eliminated in the middle of the show. Make sure it’s a chef that you have some personal experience with, like eating at their restaurant, or cooking one of their published recipes. Let them know you appreciate their effort thus far and you’ve really been enjoying their recipe for XX and you hope that they are having a wonderful season full of ideas and customers. Don’t ask for anything. Just drop a genuine compliment that contains a nugget of your own experience.

Do this every day for a week and just bask in the glow that seems to come from dishing out respect.