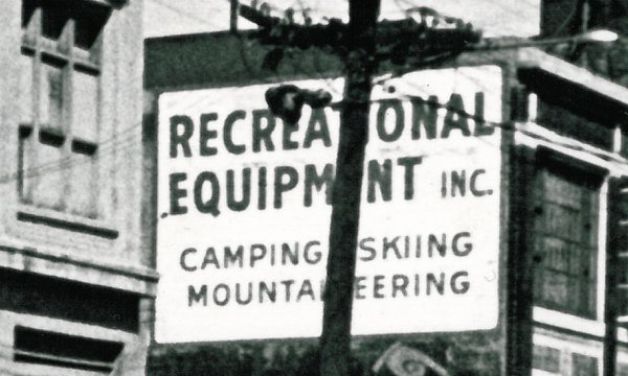 Social media has assisted in “implementing” the tragedy of the commons – after increasing awareness and braggadocio (spurred by comments in an Outside Magazine article last fall) of a particularly liberal return policy, this summer it hit REI (Recreational Equipment Inc.).

Just when it seemed that under every social media rock I found comments about REI and their standing as the place to go buy stuff at full retail because you can always ALWAYS return it no matter what, that well-distributed knowledge has spelled the end of the policy. Now, you’ll get a year for returns – unless the item is actually defective, in which case you still have a lifetime warranty.

The internets abound with stories about customers simply no longer liking their item after many years of happy use, or waterproofing not working after a decade, or the color of a bike not matching the owner’s new car. Yes, for reals.

While the policy went into effect in June, there’s been a recent bump in media coverage from the likes of Entrepreneur and the Wall Street Journal, culminating in a Morning Edition story today on NPR. Perhaps news takes longer to sink in, especially a policy change that won’t affect customers immediately. But when folks try to return their stuff and are met with the new rules, they definitely pay attention.

Other companies still have extremely liberal return policies and do not currently have plans to change such as Patagonia, L.L. Bean, and Orvis; a spokesperson for Orvis says, “We trust our customers to know where the line is,” seeming to imply that REI customers contain a bunch of freeloaders.

In recent months I’d heard from many different sources about REI’s legendary returns free-for-all, something that escaped my notice because, for one, I have a freakin’ conscience. If I took a 10 year old tent back and said it didn’t work for me anymore and got money back and a new tent, I’d feel like crap! Seriously, if the product has a defect or if it does not last as long as it should for the price, that is one thing. But REI had been suffering to some degree (profits down 4% in 2012 to $29 million – and REI is a co-op so that money goes back to the members) at the hands of those who decided it was OK to return anything because they usually paid full retail – as if their brains decided that they had built up a “buffer” of profit for REI that they are allowed to draw down upon when it suited them.

Geez, the more I write about this the more annoyed I get with those freeloaders. Therefore, let’s turn this rant OFF, and over to you. What do you think of the changes? Have you been a happy or guilty beneficiary of the old policy?