Today, on this ordinary Tuesday, my mind went off a-wandering during my run. As it often does, it strays into the realm of songs I’d rather not play on repeat, what the weather might be like today, did that car just wave at me, and wouldn’t-it-be-cool-if ideas.

Today I thought about Facebook memes. I thought about how nice it is to see gratitude posts directed at a certain person or community, someone that made a difference even if they didn’t know it. I thought about those 52 week challenges to leave little notes for strangers or smile more. I decided on a new challenge for myself: I will take every Tuesday to highlight someone from my life, past or present, who has changed my outlook or given me reason to make a positive change.

There is only one guideline, and one caveat: First, I must have interacted directly with this person. Authors or public figures that have had positive effects in my life are not candidates if I do not know them well enough to call them an acquaintence. They might collectively have their own post(s) in the future, but this series is for my direct circle. Second, those I choose to highlight are in no particular order. There is no implicit hierarchy or chronology. That is all. 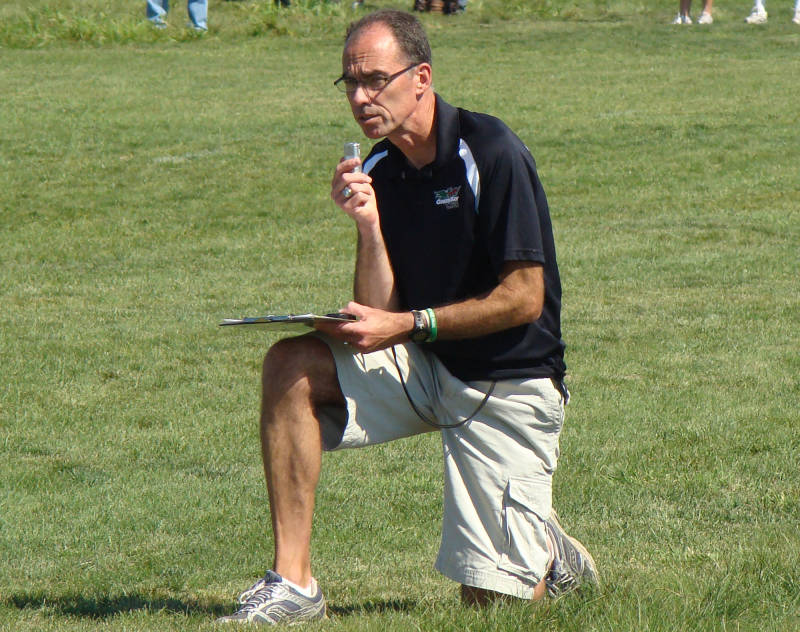 Mike Kline was and is the Cross Country coach at University of Wisconsin – Green Bay. He is a marathon runner, jogger, and embracer of anyone who finds joy in running. This inclusiveness, I believe, is one of the reasons that our cross country team was not competitive amongst our peer colleges. But it is the reason that it was a dynamic and enthusiastic herd of athletes.

Coach Kline believed that the title student-athlete was ordered that way for a reason. GPAs of less than 3.0 were offered tutoring to bring their performance back up. Being a B student was something that allowed one the privilege to run on the team. Scholarships were frequent and partying was minimal. We trained relatively hard given most of us didn’t have a summer workout schedule, and some of us got injured a lot. Coach Kline was new to this, too – he was about 26 when I started college on his team.

A dedicated runner himself, the one thing that Mike Kline did “to” me as a runner was to condition my head to the idea that some people really, really just like to run. It doesn’t matter if you’re competitive or past your prime or anything. If you like to run, you should do it. He’d show up for practices sometimes after having run 15-20 miles on the roads around campus, looking like I often do these days after the same kind of run – a little sweaty, a little dehydrated, a little crazy. I could tell he had a bit of a compulsion but in a certain way it was alright.

If I were a coach now, I might be a bit more nudgey with my athletes to help them compete, but I’d also be that wild-eyed salt-streaked weirdo showing up for practice right on time because my run went a little long. I’d hope that one of those kids would see the joy in my obsession.